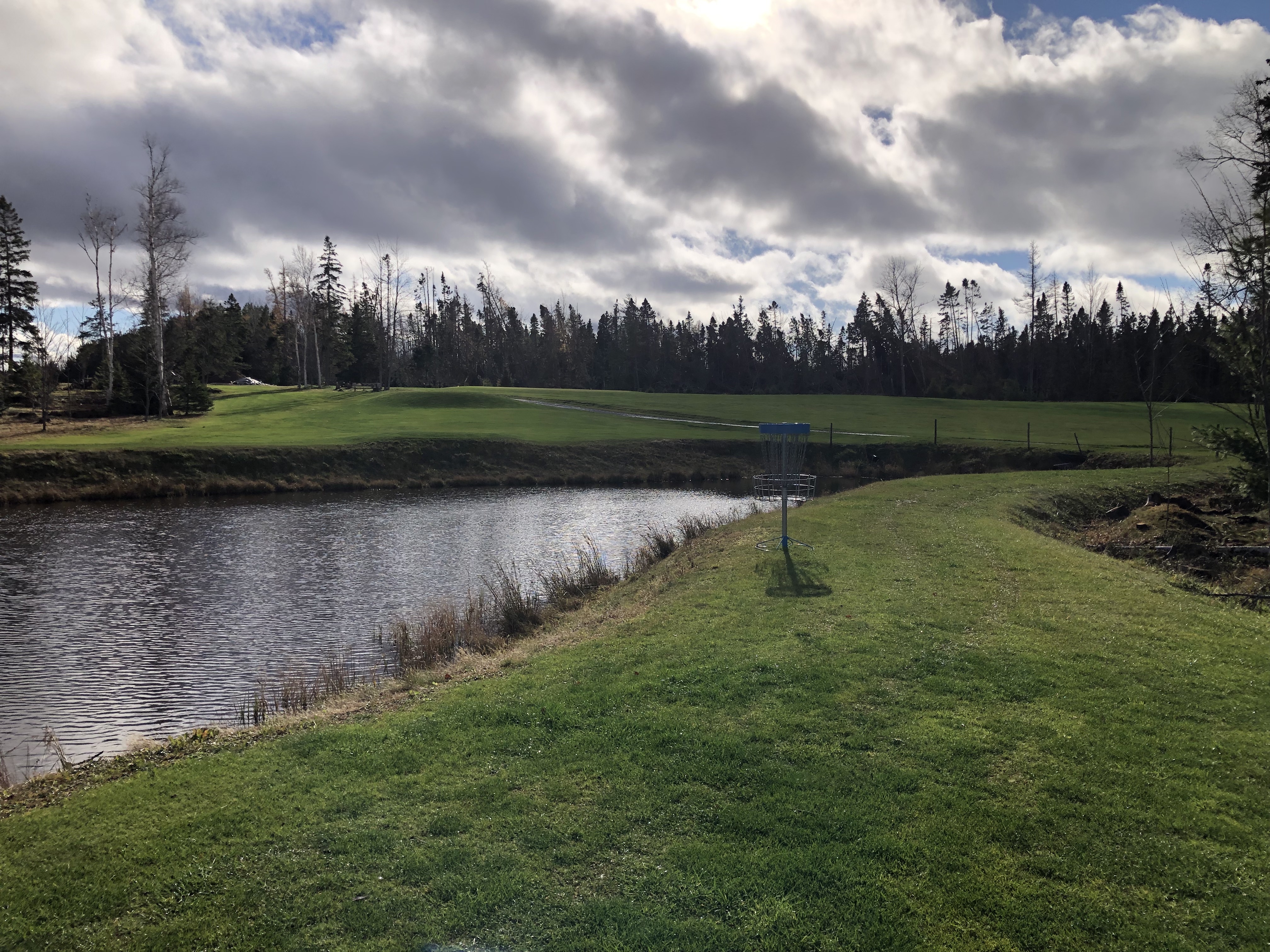 At the end of every disc golf season when the weather has turned to less-than-optimal, the three maritime provinces send their best players to our interprovincial match play event we all call the Chowder Cup. Now in its fifth year, the Chowder Cup is staple event on the disc golf calendar. It, like many parts of our east coast experience, has evolved over the half decade.

Early versions happened on a Sunday in Pugwash with rounds shared three small courses between the villages. Each team then consisted of players who were available (both mentally and physically). Now the act of making each team is a major accomplishment on its own. The players that populate each provincial team are, for the most part, the 36 top rated players in the region. Our decision to move the event to the centrally located Wallace River Temporary Course has been another player positive experience. Overall the event is supposed to highlight sportsmanship, quality disc golf, and a healthy form of competition among the provinces. This year was another positive chapter in the story of our region.

The evolution of our game in Atlantic Canada has seen a huge uptick in courses and players over the last few years, especially during Covid. The fact that each provincial team is made up of players who don't all know each other is a very positive development. Team captains now have to strategize matchups with some real wild cards and because each match is stroke play, one bad hole can't really sink you. Each team is free to pick their players in a manner that they see fit (usually factoring in the September PDGA ratings update) and all rosters must be finalized by early November.

Matchups for the alternate and best shot doubles matches were picked at the Saturday night banquet of the Flickline Tour Championship. Singles matchups are decided Saturday evening after the first two rounds and standings are updated. Teams talk strategy over dinner in what ends up being a great team building exercise. Theoretical match ups are discussed, dismantled, and often times dismissed before the real picks are made. Do you choose to go power vs power or send another teams best player out against easy match ups? Each year the team winning on Saturday has lost on Sunday and the singles matches hold the most sway in the overall event.

The atmosphere is almost always jovial and celebratory. Each province certainly wants to take home the title of Chowder Cup Champions for the year, if for no other reason than to remind the other two provinces of that fact every chance they get during the following season. I am personally honoured to be able to build a course that is used for this event and from my perspective I try to build something that is both challenging and fair - mostly fun too, although this year many of the baskets were set in the 'death' positions and more than one player lost discs in the unforgiving waters on holes 7, 11, and 14.

On Saturday we were treated to a fantastic day of fall weather with almost no wind and all sunshine. Teams are matched up in groups of 3 with each province being represented on each card. The format is alternate shot first round, best shot second round, and singles third round. If you win the card you get 2 points, come second and you get one. Each match has a total of 3 points available.

Round One featured strong performances in the mixed doubles and the 'marquee' matchups (I say marquee lightly as every match up in Chowder Cup is equal so they all feel marquee to me) and gave PEI a lead after round one 8.5 - 6.5 - 3 over NS, and NB respectively.

It was great to see the Islanders do so well after years of not being able to field full teams. It is understandable as travel from the Island is costly and it is not always easy to justify for an event like this. Still the future is bright for PEI with a wealth of talent that seems to be growing by the day. In the future we hope a corner stone of disc golf in Atlantic Canada will be the Chowder Cup and that provincial organizations will help offset the costs of expenses for all the players who earn their spot on the team. Some day in the not to distance future we would love to see this event be an all expenses paid outing for Atlantic Canada top 48 players. We say 48 as we really hope to see team Newfoundland in the not too distant future.

Saturday night was spent around kitchen tables in three separate houses talking picks and gentle text messages talking sh#t all in the name of fun. Each captain took advice from their players and generally had to get the feel of who was going to play the course hot on Sunday. As with our last couple of events, the final day saw some wild wind pick up in the morning and make this tough course significantly harder.

Round Three started off with the JR's and team NS and NB split first place points to close the gap. As the matches progressed, a similar theme began to play out. Team NS won first place points in 10 of the 12 matches and had the only player in the event to win a full 6 out of a possible 6 points in Tanis Trainor. (Although PEI's James Mallard and Chris Richard both got 5.5 points.) By the time the dust had settled, Team NS came out on top with a 32.5 - 24- 15.5 victory.

Lots of players expressed their joy and their overall positive experience with the event. So many times this format provides players with opportunities for amazing shots without the risk of hurting your overall score. The addition of the new hole eight received great reviews as it allows for a risky, but fair look at an eagle. There were wonderful stories from each province with players winning or tying their match even when the odds were seemingly stacked against them. As we all know, the game isn't played on paper so in order to win players must execute the shots in front of them.

Next year we will once again be back to the Wallace River Golf Club and we hope to have scores live on the internet somewhere by then. In the meantime, the off season starts today so put in the work and we will see you on the course again in 2023!

Read daily recaps and see all of the matchups and results on the Maritime Disc Golf Association Facebook page.