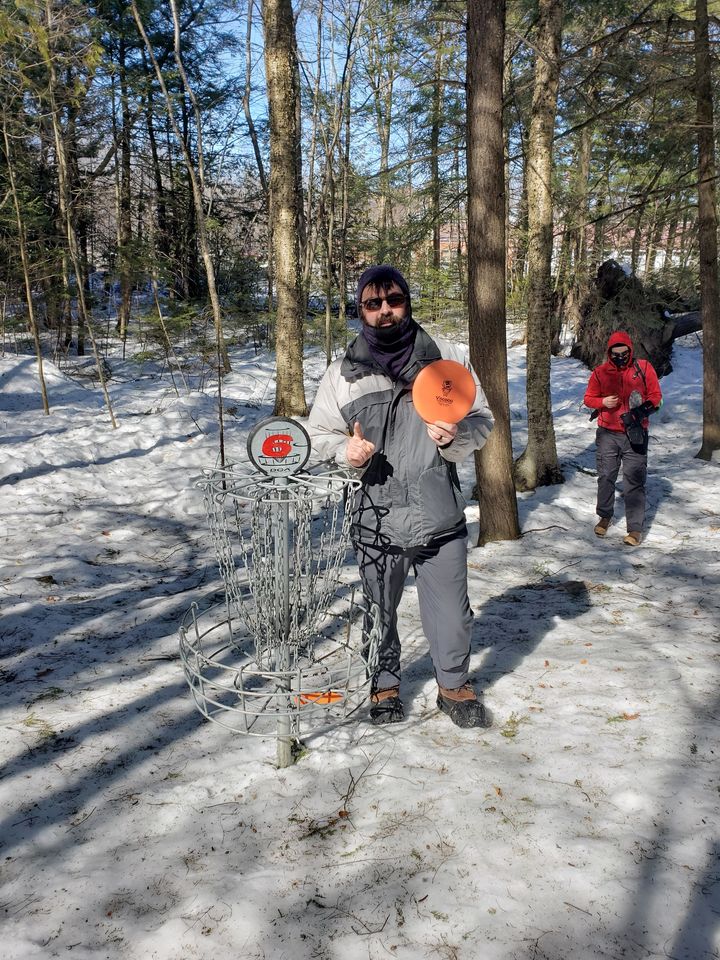 If you are one of those people who drive 100 km out of their way on an unrelated trip to find a course somebody mentioned to you, or you are the kind of person who takes one day “off” from your vacation to go play a round at the local disc golf course, then you already know some of the reasons that make disc golf a treasure. However, if you are reading this, and trying to get some kind of sense of what all the fuss is about with this game, let me take a few minutes of your time, and share with you my perspective on the reasons that disc golf matters.

At the heart of every sport, you can find something truly wonderful. “Traditional” games have carved out their niche: football (soccer) offers a beautiful simplicity and accessibility for the world; baseball is played on a perfect diamond and is never over until the last out is made; hockey is crisp and fluid. Those who play and love these sports have all found something to which they can surrender, both physically and mentally.  Some of us have found escape there; others have found refuge. These are my people.

Still, not everyone finds their way into competitive play. There are just as many (if not more) people out there who would rather just walk in the woods, or spend the day by the lake, basking in the sunlight.  These are my people, too.

For me personally, true sport--that is, a game which is played with integrity, honesty, and passion--has always offered me an escape from the world. On the playing field, everyone is on level ground, rules are applied equally to all, and more times than not, effort and hard work are rewarded. Sure: there is always some element of luck involved, but for the most part, each individual has some control of their own destiny. You might not be able to win every time, but you can put yourself in a position to succeed more often than not by doing the work required to get there.

When I first discovered baseball, I fell in love.  I spent countless hours at home, pitching a ball up against a granite wall in my front yard. Later in life, a childhood dream was realized when I got a job in the minor leagues as one of the maintenance crew. I spent my time basking in the kind of summer days that I associate with pure happiness. My time there was tainted only slightly by the realization that some of those lush green fields you see are achieved through practices that are not always the most environmentally friendly.  Some of the baggage of the sport still lingers on in the “old boys’ club” mentality.  None of that was enough to make me completely fall out of love with the game but it did lead me to think that there could something else out there that satisfied my soul more completely. Enter: disc golf.

I had been playing the game of disc golf for a few years before my time in the minors.  I picked it up on my first trip through Denver in 2001.  I saw someone selling discs with a print of a hula hooper on it. I thought they were just your average Frisbees, and when I bought two, he asked me to name my favourite course. I had no idea what he was talking about, but the next day, I took his advice, and played my first ever round of disc golf. The rest, as they say, is history.

In the early days, courses were harder to find. It seems odd to write this now, but I remember a time before UDisc, when the internet wasn't as pervasive, and the Professional Disc Golf Association (PDGA) was still finding its footing.  Arriving at a new course, in a new town, was kind of like being let in on a secret. Aside from being a fun way to play new holes, it was always a great way to find the local culture, too. Find a disc golf course, and you will probably find like-minded people who can share with you the best place in town to grab a beer and some grub, or to tell you about the other local gems the area has to offer. It didn't matter if the course was just baskets in a park: if you could find it, it was worth stopping at it. In some ways, not much has changed; in other ways, the entire experience is now quite different.

There will be a time when we look back at this period and think, ”Wow, that was crazy!”  As of the time of writing this post, we are very much still living in the pandemic. The world today feels almost nothing like it did in the “before” times. Travel is restricted, we can't gather together freely, and so many of the things we do seem pressurized.  Somehow, though, disc golf has stayed mostly the same, which brings me to the first reason it matters: disc golf helps keep some of us sane.  It connects us to feeling almost normal.  A birdie is still a birdie, even in a pandemic, and I still hate double bogies, no matter what is going on in the outside world. Disc golf is not only an escape; it offers us an outlet for mental release.

It is odd to say that COVID-19 has been a blessing when I am keenly aware of how much hardship it has caused.  My own family has been touched by tragedy and loss during this time, but in this blog post, I want to focus on the good. For disc golf, that good has manifested itself in an unprecedented growth of new players who have found the game. Locally, our courses have seen an increase of 300% more rounds in 2020 over the previous year! That’s an incredible statistic!  Early indications point to 2021 sustaining and likely increasing this rate of play. There are a multitude of reasons as to why this is happening.

One of the main reasons is that disc golf can be played and enjoyed by yourself at almost any time of the day. During my years living in Vancouver, I played one round every single morning (this is not an exaggeration) at the Queen Elizabeth park. I played when there was no one else on the course except for me and my dogs. Years later, I would discover that one of my best friends was playing the same courses daily as well, just later in the day, with a large group of friends.  Our experiences were wildly different, yet somehow the same.

At the heart of it, playing disc golf means walking through an often beautiful landscape watching a disc fly through the air.  Success is better measured by a few good shots rather than your score.  It seems to be a subtle, but attainable, goal to try and achieve harmony between your body and your mind by simply tossing the discs through the air on the flight of your choice.  It is simple, yet elusive, and it keeps you coming back.

Those often beautiful landscapes don't need to be created by working against nature. In fact, most of the truly great holes embrace those elements which each individual course has to offer.  You can play on a mountain, in the woods, in the snow, in the grass, on rock; you name it.  The truly wonderful courses embrace their individual character and offer glimpses of genuine beauty.

Like every competent game out there, the competitive side is available to those who wish to pursue it. I won't spend much time on that, as disc golf is pretty much the same as every other high-end competitive sport: play with heart and determination, put in your time, and hope for a bit of good luck.  More days than not, you will go home happy. It is important to know that 95% of people who play the game won't fall into the high-end competitive play category. Still, both sides have value.

I can't tell you how many people have told me disc golf has changed their life. I know reformed alcoholics who play almost daily who have told me disc golf has given them purpose. I know husbands and wives whose daily rituals revolve around their daily pilgrimage to the course. I've heard stories of people who lost life-changing amounts of weight by just playing the game. Others have found their time spent on the course helps keep them away from different vices that were slowly crushing their souls. I know more than one person who has found friendship through disc golf when life was at its darkest.

I'm not suggesting that disc golf can change the world, but I am telling you that it can help.  Right now, the best data out there suggest that only about 7% of people in Canada have played disc golf. Imagine if that number was 30%, or 50%.  What is unfolding in front of us right now is an opportunity to shape our future, and create a culture in this game that is inclusive, accepting, and available to anyone who wishes to play. If you are one of the lucky ones who knows and lives this game, I hope at least some of what I have written captures how the game makes you feel. If you are one of the people who hasn't tried it yet, I hope I have inspired you to give it a chance.  Regardless of who you are, disc golf is here for you, and I can only hope it brings you even a fraction of the joy it has brought me over the years.